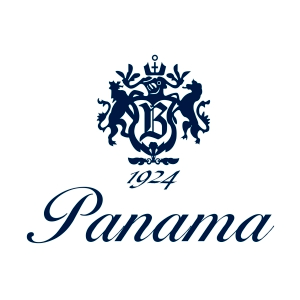 Uno stile che viene tradotto con grande passione dalle abili mani dei nostri artigiani, attenti a curare ogni minimo dettaglio regalando un prodotto esclusivo, ricercato e di qualità. I nostri prodotti vengono confezionati con raffinati materiali che contraddistinguono la linea Panama 1924. Si riconosce nel primo Panama 1924  la passione, lo stile, la qualità e l’azzardo da quando, nel 1998 abbiamo utilizzato un ingrediente tipico del mondo femminile.. la vaniglia. Boellis - the barber of NaplesThe brand Boellis has its roots in the barber shop of the same name in the heart of Naples, which was founded in 1924 by Antonio Boellis. Antonio was attracted from the Sicilian countryside to the big city, where he wanted to make his fortune. His father accomplished this with scissors, for he was a gifted tailor. And to the scissors, Don Antonio added a comb and became a barber. It took a while until he had built a reputation - among other reasons, as only a few can remember he wasn’t particularly fond of shaving people. His son Peppino Boellis developed the concept of the house further and perfected it: He opened a small salon in Via Vetriera and transformed the business after a few years into a kind of social center: a barber shop almost like a club where people could meet to get shaved and have their hair cut. Furthermore the Boellis salon was known for its haircuts with recognition value that soon became famous all over Naples. Peppino’s sons Antonio and Michele Boellis, continue today the tradition of their father and grandfather: Michele is also a barber and Antonio is responsible for the Boellis Panama 1924 Line which is committed to the old traditions. Boellis thus represents a piece of the genuine art of Italian living - specifically for men and enjoy an ongoing success. Boellis has been named by the Worth Robb Report, an American magazine specializing in luxury articles, as well as from the Cosmoprof as one of the best Italian niche houses in the fragrance and cosmetics sector. The consumers also agree and Boellis enjoys a steady and ever-growing circle of fans amongst our male customers.